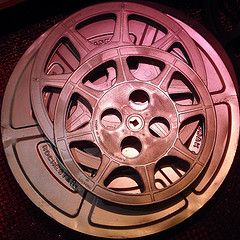 Anything You Want to Be
(8 minutes) A biting satire on societal pressures that force women to compromise their individuality and intellectual goals to assume a constantly changing identity of femininity.

It Happens to Us
(32 minutes)  Filmed before the 1973 Roe vs. Wade, United States Supreme Court decision, this film presents personal stories and medical information about abortion with a view that abortion must remain an available choice.

Ripples of Change
(57 minutes) Nanako Kurihara came to the U.S. to escape being trapped as a woman in a repressive Japanese society. In New York she met a woman named Fumiko who had been active in the women’s liberation movement in Japan. After the death of Fumiko, Nanako returned to Japan to find out what ever happened to the women’s movement there.

Betty Tells Her Story
( 22 minutes)    This is the story of Betty and her search for the perfect dress.  The story is told from her perspective with two strikingly different outcomes.  It is both a story of excitement and vulnerability as she expresses her anxiety and feelings of insecurity.